What Others Have To Say…

“They bought my house and handled everything.”

“I was living with my daughter in Hattiesburg Ms and owned a house in Mobile. I had owned the house for over 40 years but needed to move because of my health. I got a postcard from Mr. Jordan but held onto it for a couple of months before deciding to call. They bought my house and handled everything.”

“…made it simple and easy.” 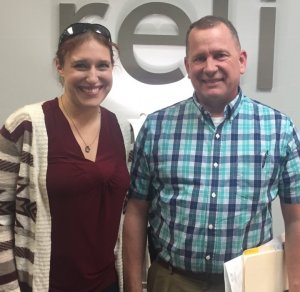 “Samantha contacted me about the condo I lived in during college. I had tried renting and found that wasn’t for me. I told her what I wanted for it and she came out took a look and made me an offer for what I wanted. I didn’t have the time and lived far enough away that it wasn’t convenient for me to try to fix it up. She made it simple and easy.”

“…bought the house as is, paid all the closing cost and it was all done very quickly.”

“When my mom’s health started going bad I had to move in with her and leave my house vacant for a couple of years. I didn’t have a choice. Because of the house being vacant people starting breaking in and tearing things up. So I decided to sell and called Wes. He bought the house as is, paid all the closing cost and it was all done very quickly.”

“…closed in less than a week”

“I inherited my brother’s house in Chickasaw, when I came down from Birmingham to see the house I could not believe my eyes at the condition, the amount of stuff and the smell that was coming from this property that was now mine. I was walking to my car to get in and go home then I decided to check the mail. I’m glad I did because in the mailbox was a postcard from Wes that said he wanted to buy the house, so I called him and he came out and made me an offer. We closed in less than a week, I did not have to come back because they handled all the paperwork through email and my money was wired to me. Than you for taking this property off my hands.”